The forthcoming “LA Kings Ice at Mammoth Lakes” will operate within a newly constructed, multi-use Community Recreation Center (CRC) that is set to open to the public in 2023. Additionally, as part of the agreement, MLT will continue its longstanding relationship as an official partner of the LA Kings.

For more than 20 years, Mammoth Lakes has been actively searching for a permanent home for an indoor ice rink and multi-use facility – one that would enhance the quality of life for residents and visitors with year-round access to high-quality and innovative indoor recreational program offerings and activities. This transformational partnership will bring the Town’s long-awaited vision to life and is a demonstration of the partners’ mutual support and commitment to the health and well-being of the community as well as the growth of hockey and ice sports in the region.

“We could not be prouder to be working in partnership with Mammoth Lakes Tourism, Mammoth Lakes Recreation and the Town of Mammoth Lakes to bring LA Kings Ice to Mammoth Lakes,” said LA Kings President and Hall of Famer Luc Robitaille. “We know this project will have a lasting and positive effect on the Mammoth Lakes community and we are delighted to help elevate the quality and experience of ice sports for its residents and visitors, many of whom are also avid hockey fans and players.”

The Community Recreation Center (CRC), located at Mammoth Creek Park, will be a 40,000 square foot Sprung Performance Arena enclosing the brand new “LA Kings Ice at Mammoth Lakes.” The CRC will be open and available to the public year-round, with the new ice rink operating annually each winter season between the months of October and April. During the summer months, the Olympic-sized rink will be transformed into a fully programmable, multi-use RecZone, which will serve as the hub for the expanding Parks and Recreation Department’s summer camps and programs. To maximize operational efficiencies and to assist in the development of year-round programming, American Sports Entertainment Company, LLC (ASEC), one of the largest independent owner/operators of ice rink facilities in the United States, have been contracted by the Town to deliver year-round technical and operational consulting services for the facility. 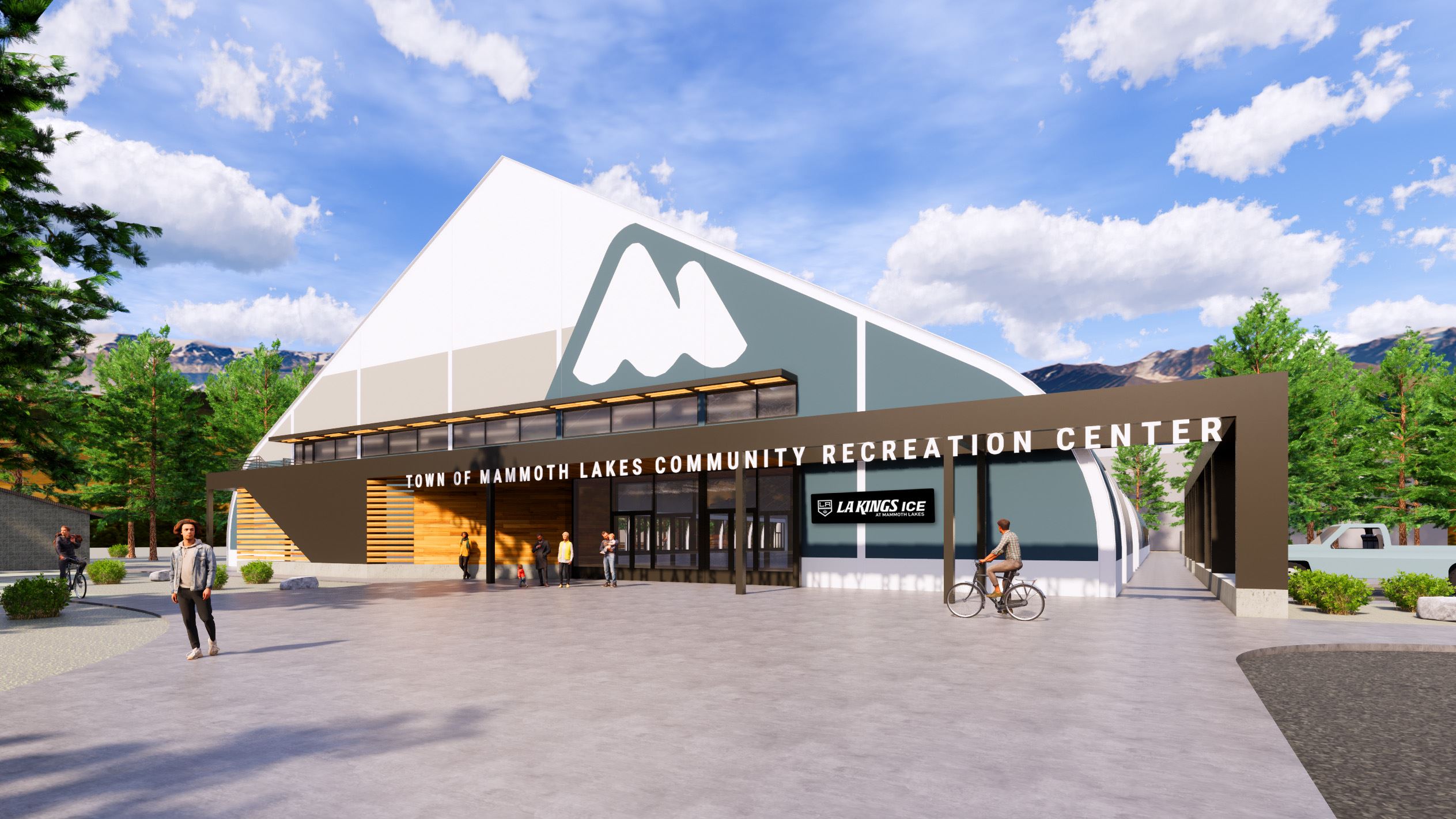 Broad community input from local residents and industry experts alike helped inform and build the programming playbook for “LA Kings Ice at Mammoth Lakes.” Based on this feedback, daily drop-in or frequently programmed on-ice activities at the facility will include public skating, youth and adult hockey, figure skating, and learn to skate lessons as well as the expanding curling program. The rink will also serve as the home of Mammoth Lakes Youth Hockey and the Mammoth Stars. Mammoth Lakes Youth Hockey is an all-volunteer and USA Hockey-sanctioned program providing in-house and travel hockey for the youth of the greater Eastern Sierra region. Residents and visitors of Mammoth Lakes will also be able to enjoy a multitude of court sports, community events and recreational activities programmed throughout summer delivering all recreation, all the time!

“This partnership with the LA Kings, an iconic NHL franchise, represents an incredible opportunity for the community of Mammoth Lakes,” said Daniel C. Holler, Town Manager. “The powerful collaboration with Mammoth Lakes Tourism and Mammoth Lakes Recreation to bring the LA Kings to Mammoth Lakes reflects the Town’s commitment to deliver world-class recreation amenities for both residents and visitors by strategically partnering with the best of the best.”

Under the agreement, the LA Kings brand will be prominently featured at “LA Kings Ice at Mammoth Lakes” including distinctive signage throughout the facility and in center-ice. The LA Kings will also advance its youth hockey development initiatives via LA Kings Youth Hockey camps hosted at the rink as well as unique on-site programming designed to promote hockey and increase accessibility of the sport amongst local youth.

“Combined with community driven and professionally branded programming, the new ‘LA Kings Ice at Mammoth Lakes’ operated by the Parks and Recreation Department and supported by ASEC, will be a game-changer for recreation in Mammoth Lakes,” stated Stuart Brown, Parks and Recreation Director for the Town. “We are thrilled to welcome the LA Kings and ASEC to our community to help us infuse a lifelong love of hockey and ice sports for youth, adults and the young at heart.”

As an official partner of the LA Kings, MLT will have prominent brand exposure during March and April LA Kings home games at Crypto.com Arena, and across the team’s digital channels. The partnership also provides a significant opportunity for MLT to introduce visitors from Los Angeles and around the world to the Town, along with some of its best sights and attractions. Mammoth Lakes is known for its year-round natural beauty and this partnership further promotes MLT’s new, “The Real Unreal” marketing campaign and reinforces the Town’s position as a world-class travel destination.

“We are honored to be a part of the team helping to bring ‘LA Kings Ice at Mammoth Lakes to life," said Scott Emery, Vice President, AEG Global Partnerships. “This project and partnership has been many years in the making and will be an invaluable resource for so many. We look forward to the positive impact it will have on the community for years to come.”